Natural Pearls are enriched with regal beauty. Pearls, rather renowned as Moti Gems, are special also because unlike other gemstones they require no cutting or polishing before use and are stunning in the way they inherently occur. In this warm month of June, let us we will be conferring several prospectuses of pearls. So get on the ride and get to know the prestigious world of pearls a little better.

Pearls are extremely unique for the reason being the only gem material formed and found within a living creature called 'Mollusc', that’s when an irritant such as a wayward food particle got trapped in the mollusk. The species senses the object and coats it with layers of aragonite, and conchiolin. These two materials are the same substances the animal uses to build its shell.

A pearl is an organic gem composed of calcium carbonate (mainly aragonite or a mixture of aragonite and calcite) in minute crystalline form, which has been deposited in concentric layers. The ideal pearl is perfectly round and smooth, but this gem can be found in other bizarre shapes (baroque pearls) as well. The pearl’s color is determined by the colored lip of the mollusk formed from, the overall shade is made up of its body color and an overtone which may be warm or cool, that’s the reason why some pearls are multi-tonal under different lights. 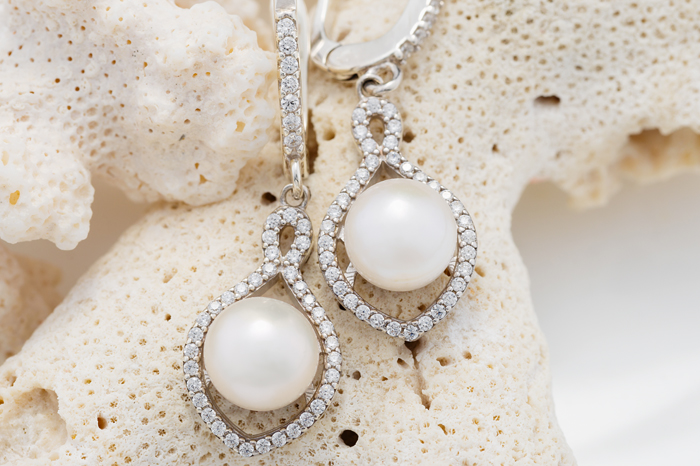 Significance of Pearl in Astrology

For the reason being a supernatural crystal, pearls, aka Moti Ratna, hold a prominent position in the world of Vedic as well as western astrology. Not only in ancient times, but even today, these marine gems are highly praised for their metaphysical properties and healing powers. 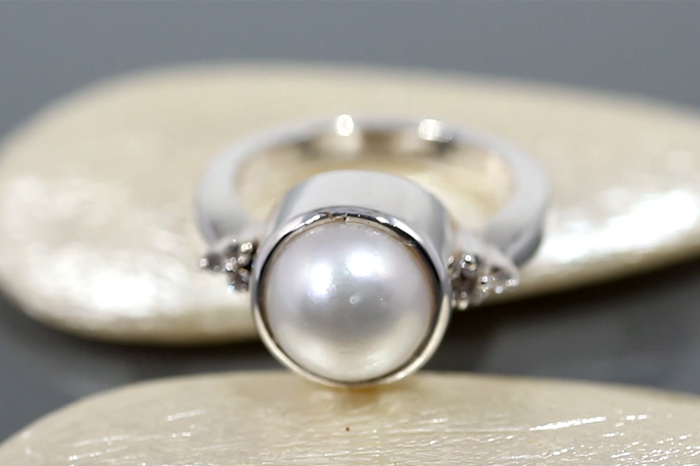 The pearl value varies dramatically depending on many factors, such as pearl type, size, color, surface quality, and most importantly its origin.

Basra pearl, aka Basra ka Moti, is said to be the only natural variety of pearls prevailing on the planet Earth and hence is considered to be the most precious variety of the natural pearl gemstone. Originated out of the freshwater of the Basra region of the Persian Gulf, these pearls are known for their distinct color shade, super smooth texture, and eccentric shapes. They have an uncommon light scattering pattern that most other pearls do not have. Check out more details of this prestigious pearl variety in our previous piece of write-up. 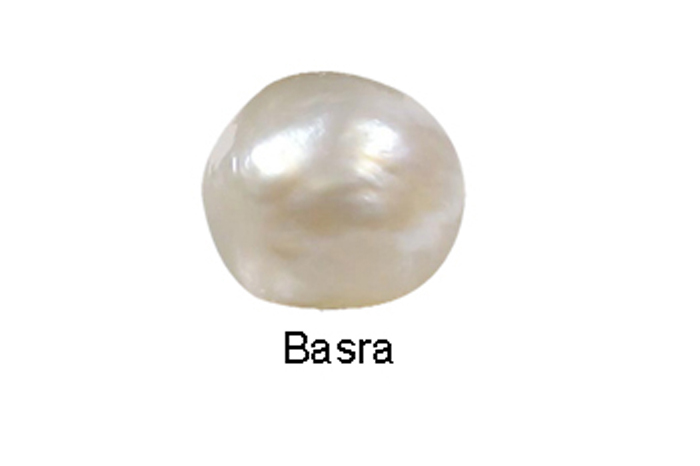 The black pearl is an organic gem formed from the black lip oyster (Pinctada margaritifera), they derive their name from the fact that they are primarily cultivated around the islands of French Polynesia, around Tahiti. It takes rare conditions to form pearls that have dark iridescent sparkle. Black pearls are the most mysterious-looking of all colored pearls and they represent mystery and riches. On the astrological ground, they symbolize strength, purity, innocence, independence, and good luck and are worn to inherit these attributes in one’s personality. 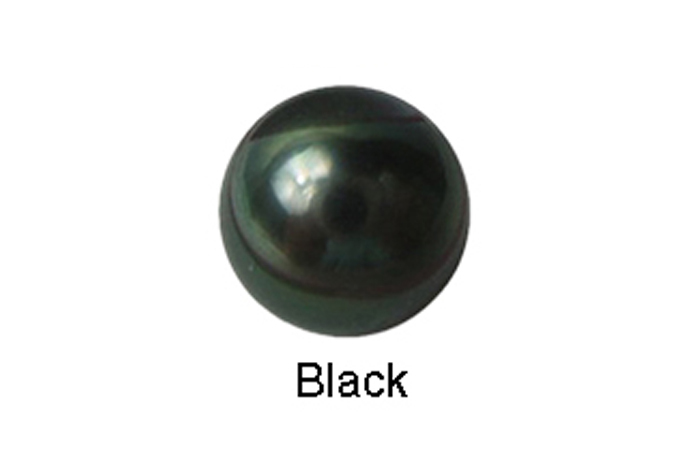 Being another and only last type of natural pearl, these are the highly sought-after treasures. In terms of money, they are the second most expensive variety of pearls after Basra. Grown inside freshwater mussels, as opposed to ocean mollusks, and farmed using the Pinctada fucata martensii saltwater oyster, these pearls are mainly found in the colder coastal waters of Japan. Some of its traces are also located in Vietnam and Southern China. Japan has long been the world leader in the cultivation of Akoya pearls, consistently producing the most high-quality specimens of these gems in the world. While Akoya pearls are typically white, some may possess golden or silvery-blue undertones. 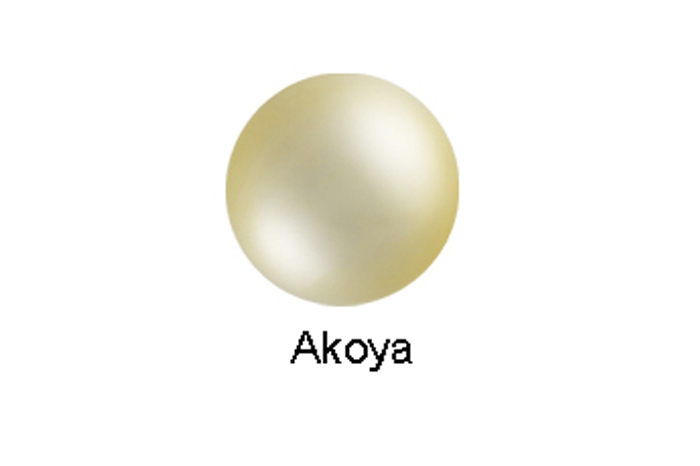 Part of their mystique is the fact that they are grown in the noted “coral triangle” – a section of treacherous water that lies between Australia, Indonesia, and the Philippines. The area is notorious for sharks and pirates, which makes these gems unquestionably highly prized and valuable in the international gem market. On the other hand, Australian South Sea Pearls are considered to be the largest sized Pearl in the world. 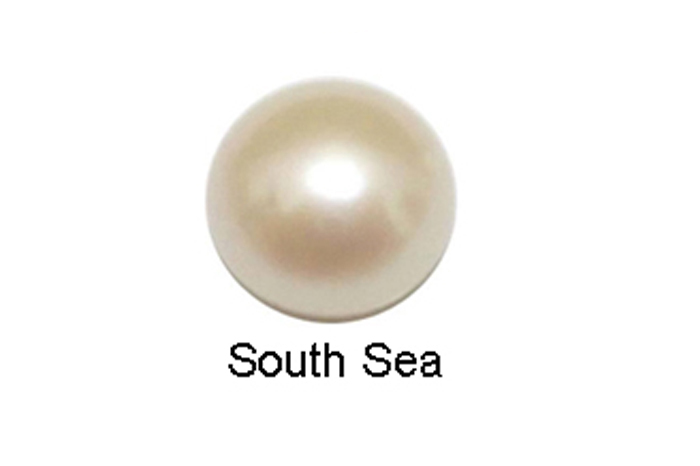 It takes more than 24 months to form a Tahitian Pearl inside an oyster shell. These luxurious varieties of pearls are harvested from black-lipped oysters in the temperate coastal waters of Tahiti, the largest island in the French Polynesia of the central South Pacific Ocean. Following Australian South Sea Pearls, they are regarded as the second-largest sized Pearl and commercially the second most valuable farmed pearls in the world.

Tahitian pearls arrive in a spectrum of colors from white to black comprising silver, charcoal grey, and dark green shades. The most valuable of these are the darker varieties. A true Black Pearl of Tahitian with naturally dark tones is extremely rare and is regarded as one of the most beautiful kinds of pearls in the world. Unlike other black pearls of Akoya and freshwater, they are known for being the only naturally occurring “black pearls” – typically sporting a glossy, metallic, grey coloring. Darker pearls are less common than lighter ones and therefore fetch a higher price. 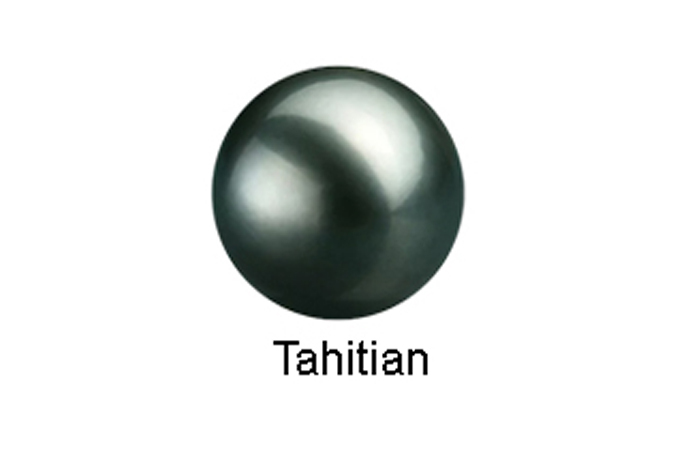 There are two primary shape categories that all pearls fall into: traditional and baroque. Traditional pearls are round while baroque pearls are virtually anything else. This special variety of pearl gem comes in different shapes and sizes. Besides numerous factors, they are mainly assessed by the irregular shape, i.e., non-spherical. They have a range of shapes from little aberrations to distinctly ovoid, curved, lumpy, or pinched shapes.

Baroque pearls are preferred for their unique shapes, although traditional pearls are generally more valuable. Most cultured saltwater pearls are baroque and are more teardrop-shaped with a spherical, nucleation bead. Meanwhile, cultured freshwater pearls can also be baroque as they tend to be mantle-tissue nucleated rather than bead nucleated. Generally, Tahitian pearls and South Sea pearls are among the most valuable baroque pearls out there. 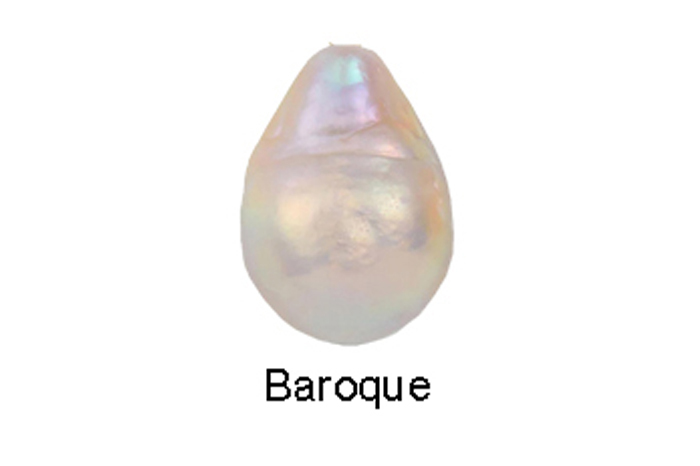 Peacock pearls rank among the most valued and sought-after color varieties of pearls. Since these pearls feature in a  range of peacock-feather-colored overtones, they are cherished all over the world for their broad range of hues and splendid radiance. Besides the typical white and black colors, they carry exotic undertones of pink, blue, dark blue, silver, green, green-gray, dark green, purple, and yellow color with shimmering violet iridescence and hence entitled as Peacock Pearls. Some people name them saltwater pearls while some align them with the category of Tahitian pearls. True peacock pearls are measured to be an exquisite choice for making beautiful pearl jewelry. 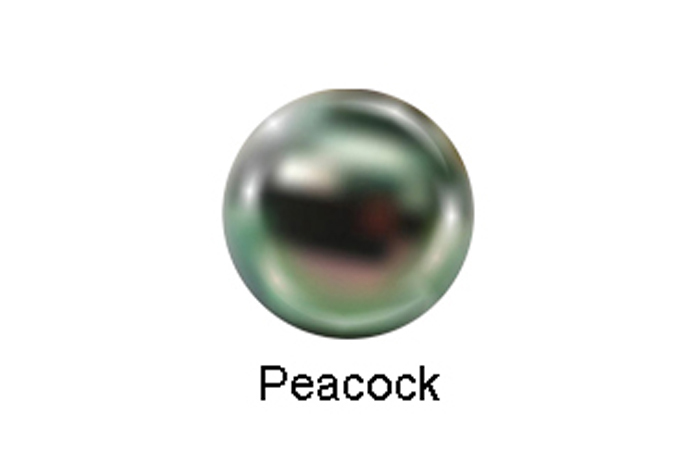 Chinese pearls, or synthetic pearls, are the most affordable kind of pearls on the market. This variety of pearls is also popularly known by the name Coted Pearls in the industry and is not cultivated out of the freshwater, alike other member of pearls. On the contrary, they are purely factory-made products. Hails primarily from China and varies greatly in color. They come in pastel shades of peach, lavender, pink, and white, often treated with special dyes to enhance or change their coloring. 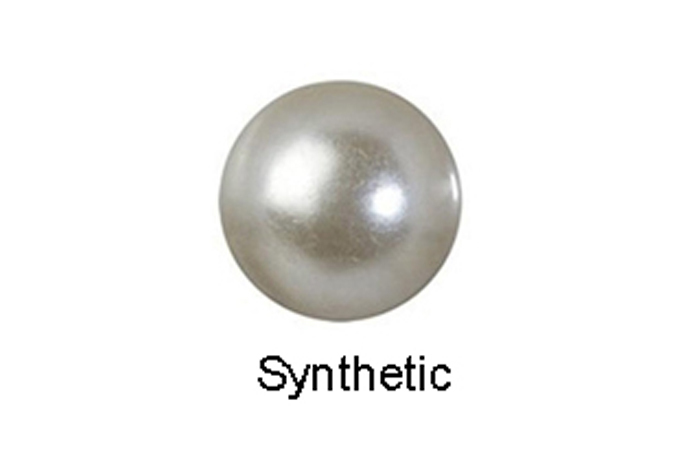 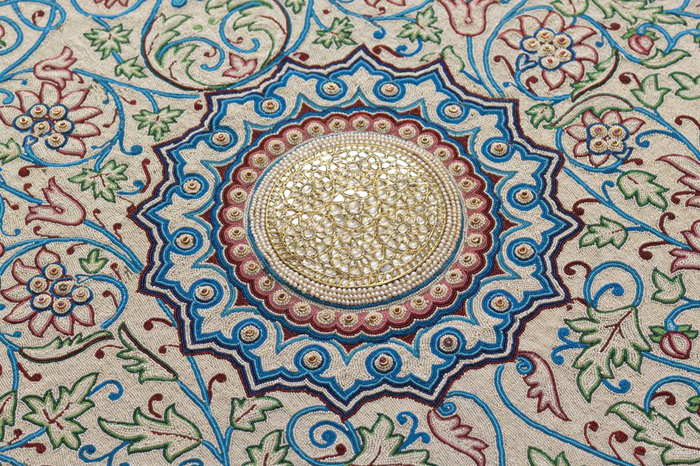 Check out another mystic birthstone of June month in our previous write-up The Chameleon Alexandrite:- The June Birthstone.

If you are planning to buy pearl gems then you can go to an online pearl store for instance Navratan - The Online Gem Bazar. It deals only in a 100% authentic and natural assortment of gemstones. From the very rare Basra and freshwater pearls to cultured south sea pearls, it provides you with a premium range of certified pearl gems online at the best affordable price. While making the purchase, you should always ask for an authenticity certificate from the seller to ensure the originality and quality of the stone, regardless of the place of purchase. 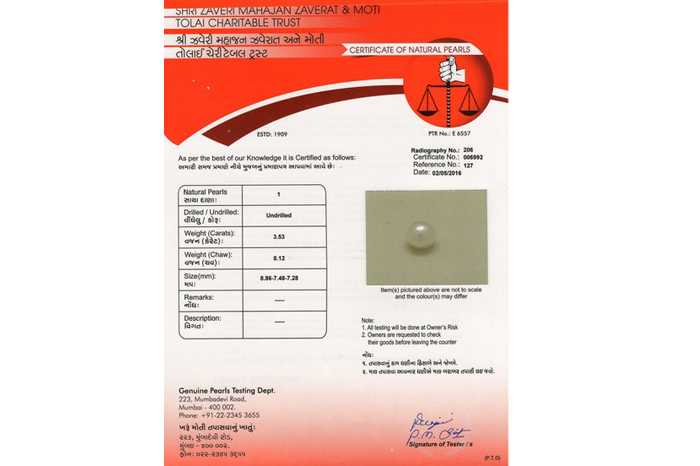 Explore the widest range of Real Moti Online with Navratan and avail of the best discounts. Pearls here are certified by renowned pearl testing laboratories such as GIA and Shri Zaveri Mahajan Zaverat & Moti Tolai Charitable Trust. For more information call our gem experts at +91 9982805500 anytime or visit our website now for the latest updates.