Home / A Study About Inclusions in Emeralds

A Study About Inclusions in Emeralds

The prestigious gem member of the Beryl mineral family, Emerald Gemstone, is praised for its lush green color and unparalleled beauty on a global scale. It is valued on the basis of several factors such as shape, cut, color shade, color zoning clarity, size or carat weight, and the place of origin. Inclusions in any precious stone, including emeralds, make a drastic impact on its price. With this article, we will take a deep dive into the types and influences of inclusions in emerald gems.

In order to understand the inclusions of any stone, you first need to understand its clarity. In general, there is a total of three types of clarity scales in gemstones, say, Type I, Type II, and Type III gems. Gems included in the Type I category typically have no inclusions and are very clear, especially when seen with bare eyes. Aquamarine and topaz are some of the common examples of this category.

The majority of gems qualify under the Type II class, with some amount of visible inclusions. Natural Rubies and sapphires are popular examples of this grade. On the contrary, most Type III gems usually exhibit a high amount of inclusions. Natural Emeralds, here, are categorized under Type III crystals with regard to their clarity.

With a Mohs scale hardness of 7.5-8, emeralds are quite vulnerable and considered extremely delicate stones to behold, which is why most emeralds are oiled to increase their durability. Despite this, real emeralds are still far more durable than a human finger.

In the French language, the types of inclusions in emeralds are termed as “Jardin” meaning “garden”. Since both Original Emeralds and gardens are creations of mother nature and inside this green gem, these inclusions strike one as moss or plant foliage, they have resembled Jardin. As no two sets of Jardins are the same, no two stones hold absolutely identical inclusions and hence are used to differentiate between similar gems.

Inclusions in emeralds occur because emeralds are a product of mother nature. During the formation of this beryl member, the earth blends whatever random elements come it's way in the ground. Eternally transparent stones are considered a lottery prize when it comes to emeralds. Generally, there arise different inclusions, in every different origin, but source-specific inclusions are not a usual case in every piece of emerald. Of course, emerald inclusions also vary on the basis of their origin and are used as an assessing factor for evaluating the source of origin.

Types of Inclusions In Emerald Gems

Liquid inclusions are some of the very commonly found inclusions in natural emerald gems. You may easily encounter some liquid inclusions filling cavities in emeralds. At times, they are also formed in those cavities by the means of a gas bubble which further make a two-phase inclusion. Quite expected in emeralds is a three-phase inclusion that goes with the formation of a gas, liquid, and crystal. In very few cases, it is witnessed that the gas bubble or the included crystal drive within the shell of the cavity.

Crystals in emeralds are the natural crystallization of other minerals in this stone. There is a possibility of crystal inclusions as much as there are crystals inside the emerald. You may find these inclusions amid a halo surrounding. In general, they are caused during the formation of an emerald stone or due to a difference in the melting temperature of the crystal. 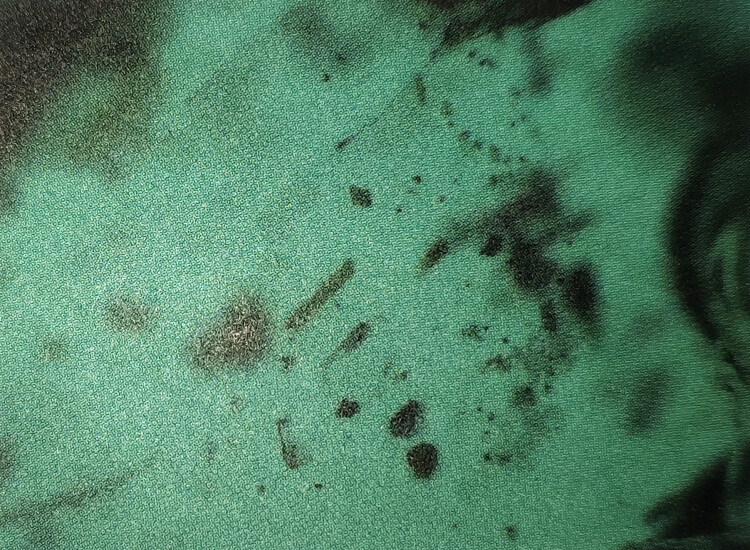 Fractures typically refer to fissures and cracks in a gemstone. While no one can surely state the reason for their heavy occurrence in emeralds, by far, they are the most common type of inclusion found in this beryl crystal. Some industry experts comprehend them as a natural byproduct of the formation process of the stone, while others consider them a result of harsh mining approaches.

As real emeralds are more vulnerable to damage due to these inclusions, the majority of them are treated with oils and resins to improve the lifecycle and resolve the clarity issues driven because of these fractures. Emeralds are to never be cleaned in an ultrasonic cleaner as it will draw the oil and make the stone prone to damage. Oiling is a crucial process in the case of this precious stone. Thus, reapplication of oiling in emeralds is not something that can be done easily at home with expert supervision. It demands special oils, equipment, and highly proficient hands.

Color zoning indicated the difference in the amounts of colors in a stone. While it is not as frequent in emeralds as it is in other colored crystals like blue sapphires, it is sometimes accessed in emeralds as well. In emerald’s color zoning, one portion of the stone showcase a bright green color whereas the other side of the same stone displays a completely different dark or dull shade of green hue. While it is an extreme example and quite rare in emeralds, it is possible on the technical ground.

Besides being a common characteristic of natural rubies and sapphires, fingerprints are very possibly caught in emeralds as well. Often resembling human fingerprints, they can also give a glimpse like wispy veils and seem crasser and chubbier but often coincide in the overall array. These types of inclusions usually form with liquid and gas inside the stone, making them two-phase inclusions.

Needles are long thin crystal-like inclusions in emerald gems. They fall under the category of Fingerprints Inclusions but are hollow evolution tubes left over after the formation of emerald crystal.

Occasionally it is seen that emeralds hold an asterism feature that exhibits a star effect phenomenon known as chatoyancy. It is rendered with the congregation of many fine needles or tubes aligned parallel to one another. This phenomenon is more commonly known as the cat’s eye in the gem industry. However, Phenomena should not be confused with trapiche emeralds, which are not a specific inclusion like chatoyancy but instead a result of overall crystal formation.

Points to be taken into consideration:- Emeralds with too many inclusions are easily prone to damage or breakage and should be treated with extreme care. They are lubricated with mild oils and cleaned with a soft piece of cloth. If you are new to this market and planning to buy an emerald gemstone, check out a few quick tips to be taken into consideration while making the purchase in our previous blog Points to Keep in Mind While Purchasing Emerald Gemstone.