Home / Basra Pearl - The Most Exclusive Class of Pearls

Basra Pearl - The Most Exclusive Class of Pearls

Besides being a symbol of love and purity, pearls are known for holding maximum hearts worldwide. Primarily, pearls are of two types, natural and cultured (or man-made). However, naturally occurring versions of this marine gem are nowadays extremely rare, which makes them highly precious. Where Basra pearl, Basra ka Moti, is the most prestigious member of the pearl family; Akoya pearls, South Sea pearls, and Tahitian pearls are commonly accessible varieties of this marine gem in the market. Here in this article today, we will be discussing several astonishing aspects of Basra pearls. So, let us join the journey and uncover everything about them.

What Exactly Is A Basra Pearl.?

Alike other Pearls, Basra Pearl or Basra ka Moti, is a solid glistening entity of calcium carbonate formed by the soft tissue of a living shelled mollusk. It emerged out of an Iraqi city, Basra. Basra is located on the banks of the river, Shatt al-Arab, downstream of which is the Gulf of Persia in the Middle East. Presently, they are the only assortment that justifies the definition of truly natural pearls. 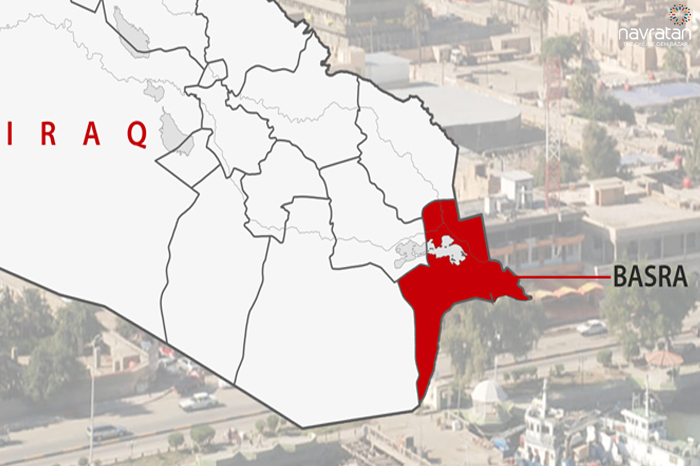 What Makes Them So Unique?

To begin with, the fact that the availability of Basra pearls is quite limited. For hundreds of years, its production is confined to just one particular specie of oysters found in the Persian sea of the Middle East. The marine ecosystem of Basra province got depleted in the early 19th century which created a severe halt in the production of natural pearls here. Now since Basra does not produce any more pearls out of its sea, the rarity is the primary factor that makes Basra pearls extremely precious and prestigious. At the present time, they are hardly open in the market for sale.

In terms of appearance and physical characteristics, Natural Basra pearls are more lightweight. In comparison with other natural counterparts of Moti, they are much waterier in the shade, exhibiting a unique light scattering effect that most other pearls don’t have.

Besides the silvery-white hue and unparalleled radiance, these pearls have been adored for their eccentric spherical shape. Most Basra pearls are oddly shaped, making round shapes even more priceless. So if you managed to get your hands on round Basra pearl, just grab them without a second thought.

Basra Pearl:- A Harbinger of Royalty

Endorsed by the noble Nizams of Hyderabad and glorified by noted international celebrities, Basra Pearls not only hold their roots in historical significance but also clutch their class in the contemporary fashion world. With patrons ranging from eminent personalities like Michelle Obama, Oprah Winfrey, and Angelina Jolie, to Rihanna and the Royal clan of Britain, Basra Pearls have always been an insignia of pride for every gem lover. The Baroda Carpet of Basra Pearls

Maharaja Khande Rao Gaekwad, the former monarch of Baroda, commissioned a fabric to be embedded with all the precious gems such as Basra pearls, rubies, diamonds, emeralds, and sapphires. Measuring about 5 ft 8-inch x 8 ft 8 inch, this carpet is also called The Baroda Pearl Canopy. It was hailed in 1865 and comprises approximately 9,50,000 Basra pearls. Though he intended to bestow this carpet to the Prophet Muhammad's Tomb in Medina, but he passed away before this donation could betide. Thus, it was handed over to one of his family successors, Maharani Sita Devi. Later, she took this carpet to Monaco in 1946. The carpet made its first appearance in public at the Delhi Durbar in 1903. While posed with the Gaekwad dynasty for decades, it was eventually transferred to the State treasury. The second time, it was first opened for public display at the Metropolitan Museum in New York in 1985. The canopy was sold at about 2.2 million dollars (approx Rs 18 crore) at the Christie’s auction. Later in the year 2009, it was auctioned off for $5.5 million at a Sotheby's auction in Doha. Presently, it is on display at the National Museum of Qatar, Doha as a part of its permanent collection. Encrusted with pearls and diamonds, this imperial piece of art is entitled as the most incredible carpet ever crafted by human hands.

Since Basra Pearl is the only natural variety of pearls accessible on this globe, there are estimated highly treasured. They gained huge vogue for their supreme color and velvety texture which further raised with their rarity trait. Now when it comes to owning one, make sure you are buying a real Basra ka Moti from a trusted gemstone dealer. You can also check out Navratan, the online gem Bazar, for the widest collection of Certified Basra Pearls Online. It is among the very few gem houses that deal with original Basra pearls today. To ensure authenticity, they provide you with certifications from famous pearl testing laboratories such as GIA and Shri Zaveri Mahajan Zaverat & Moti Tolai Charitable Trust. Safe purchase.